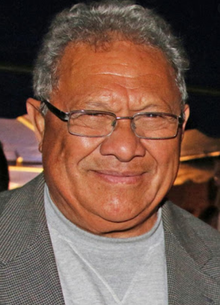 This week we celebrate the life of one of our greatest leaders, Dr Joseph Williams. As the event began to shape up through the last two to three weeks planning, I suddenly realised that two great leaders that the Cook Islands have ever had passed at the same time.

I believe these two leaders were quite unique and yet played very significant roles in the well-being of our people both in New Zealand and the Cook Islands.

My biggest regret with Dr. Joe Williams is that I did not get to talk to him about his work with elephantiasis and others when I had the opportunity to do so. Dr. Joe Williams was not just a doctor that did consultations and filled out prescriptions, he went out to look for the cure. I believe he loved what he did and I also believe that it was not about the money, because their was a look he had that showed genuine happiness when child’s healing is progressing nicely because of his work.

He went into politics, and when he was done with that, he went straight back to his medical practice.

Nandi Glassie on the other hand was all about raising the standard of living of our people. From a humble upbringing in Atiu, he completed his education in New Zealand before venturing further, setting a variety of things up for our people.

He came through Atiu Primary School, Tereora College, then St Stephens School in Auckland. He attended the University of Auckland, graduating with a Bachelor of Arts, before going on to complete a Master’s in Public Policy at Massey University. He had a long career as a public servant for the New Zealand Department of Labour, and the Manukau City Council before heading back to the Cook Islands.

While in New Zealand Nandi started working with the communities at the grassroot level. From what I gathered from the various people I spoke to; he was the founder of the Cook Islands Community Hall in Rotorua and Atiu Hall in Auckland. These are places intended to bring people together, to get people to continue connecting with one another. A place where we can all watch out for each other.

The last time I spoke to him was at a Trades event in Auckland two years ago while he was still in Government. He asked me what I knew about CIDANZ which was not much at that time. He then briefly outlined the purpose for the establishment of this organisation, being a place to bring our people together where a structured type of assistance could be provided. This is my summation of our discussion basically indicating the man’s yearning to help his people.

The way I saw it, this man had the heart to see his people succeed in life and to have a better life. Basically, he initiated bringing communities together in New Zealand before going back to the Cook Islands. Of course, while in New Zealand there still needs to be that connection to the Islands, but he couldn’t do anything about that while in New Zealand. So my thinking is that one of the main reasons why he went back was to create that link to facilitate the setup of people relocating to New Zealand or back in the islands. This is something I wanted to ask him when I saw him next.

Better quality of life for his people is what I reckon he was striving for. When I spoke to his son Jason or better known as Henry Turua, I could sense an open-minded father and son relationship. The other interesting point to note is that he has the Papa talk with the grandchildren to strive for higher honors in whatever they do in life. It appears he has some unfinished business but there are some people who worked with him and who are aware of the ambitions behind his work.